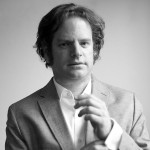 David Felberg, Albuquerque native, violinist and conductor, is Artistic Director and co-founder of Chatter. He is Concertmaster of the Santa Fe Symphony and Associate Concertmaster of the New Mexico Philharmonic, and teaches contemporary music at the University of New Mexico. He maintains a robust conducting and concert soloist career, performing throughout the southwest. As a conductor, he recently made his debut with Santa Fe Pro Musica, and regularly conducts professionally all over New Mexico. He made his New York recital debut at Merkin Hall in spring 2005. David received a Bachelor of Arts in History from the University of Arizona and a Master of Music in Conducting from the University of New Mexico. He has taken advanced string quartet studies at the University of Colorado with the Takacs Quartet, and received intensive training at the American Academy of Conducting at the Aspen Music Festival. David plays a J.B.Vuillaume 1829 violin. 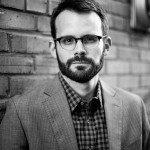 James T Shields, Associate Artistic Director of Chatter, is a dynamic performer who can be heard throughout North America as an active chamber musician, soloist, and orchestral performer. Recently appointed Principal Clarinet of the Oregon Symphony, James has performed in similar positions in orchestras around the globe, including the Philadelphia Orchestra, the Canadian Opera Company, the New Mexico Philharmonic, Santa Fe Pro Musica, and the Malaysian Philharmonic. As an advocate for contemporary music and chamber music, James can be found performing frequently in more intimate venues where he enjoys the opportunity to find an immediate connection with the audience. A graduate of the Juilliard School, James also received a Master’s Degree in Composition from the University of New Mexico in 2010, and continues to compose regularly when his performing schedule allows.