GREGORY SPEARS is a New York-based composer whose music has been called “astonishingly beautiful” (The New York Times), “coolly entrancing” (The New Yorker), and “some of the most beautifully unsettling music to appear in recent memory” (The Boston Globe). He has been commissioned by The New York Philharmonic, Lyric Opera of Chicago, Cincinnati Opera, Houston Grand Opera, Seraphic Fire, The Crossing, Volti, BMI/Concert Artists Guild, Vocal Arts DC, New York Polyphony, The New York International Piano Competition, the JACK Quartet, and The New York Youth Symphony among others. His latest opera, Castor and Patience, was written in collaboration with former U.S. Poet Laureate Tracy K. Smith and commissioned by Cincinnati Opera for their 100th Anniversary in 2020. (The premiere has been rescheduled for summer 2022 due to COVID-19.) In the 2021-2022 season the New York Philharmonic premiered a new work by Spears also written in collaboration with Smith for countertenor and orchestra. Spears’ 21-movement solo piano cycle Seven Days was released in the form of a custom designed app produced by the 92Y in fall 2021. 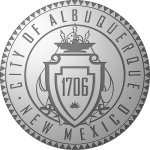